Botswana, Kalahari, Ghanzi,
Safari Lodge Accommodation in Ghanzi
Price Per Person Per Night from R140 to R1680
* Prices subject to change without prior notice.

ENQUIRE NOW
CHECK AVAILABILITY
REVIEW PHOTOS
[vtab]detailedaccom[/vtab][sort][/sort][pgsize]1[/pgsize][db]sql[/db] 0 0 [acode]15939[/acode]
Motswiri Lodge at Kanana Wilderness Description
Motswiri Lodge (www.kanana.info) is at the heart of Kanana Wilderness, a 33 000 Ha private game conservancy in western Botswana near Ghanzi. The lodge is built in the old east African safari tradition and overlooks a waterhole frequented by many birds and animals. Dinner is usually taken “al fresco” in the boma, round the fire and beneath the stars. Large herds of eland, gemsbok, giraffe, wildebeest, springbok, impala, zebra and kudu are common while the Kalahari predators leopard, cheetah, caracal, jackal, hyena and civet are all present and although elusive are occasionally encountered. We have an ever increasing population of white rhino which thrive on the grass plains of the Kalahari, birds are abundant, see thousands of sand grouse lots of raptors - bateleur, martial and other eagles, kestrels, goshawks, secretary birds and the huge kori bustard not to mention the ubiquitous ostrich. Experienced and qualified staff, assisted by bushmen guides, accompany you as you explore by vehicle, horse back or on foot, interpreting the secrets of this remote and isolated savannah, part of one of the last expanses of wilderness in Africa.
AREA INFORMATION
Access to the remote and wild reaches of Botswana’s Kalahari Desert has always been limited to the very few. This is the land where the Bushmen have stalked game for untold generations and where the veld stretches as far as the eye can see. The Kalahari is renowned for its wide open spaces with pockets of wildlife, a consequence of its arid nature. However, Kanana Wilderness on the water rich limestone ridges of Ghanzi is an oasis amidst this aridity. Kanana has game in abundance sustained by this unique eco-system. The surrounding Kalahari Basin covers over 2.5 million km² extending farther into Botswana, Namibia and South Africa, and encroaching into parts of Angola, Zambia and Zimbabwe. The only permanent river, the Okavango, flows into a delta in the northwest of Botswana, forming marshes that are rich in wildlife. Ancient dry riverbeds—called omuramba—traverse the Central Northern reaches of the Kalahari and provide standing pools of water during the rainy season. Previously havens for wild animals from elephant to giraffe, and for predators such as lion and cheetah, the riverbeds are now mostly grazing spots, though leopard or cheetah can still be found.
Motswiri Lodge at Kanana Wilderness Directions
Ghanzi is on the Trans-Kalahari highway, which links the ports of Namibia with the urban centres of South Africa. This means a quality tar road all the way to Ghanzi from anywhere in Botswana, Namibia or South Africa. Access to Motswiri Lodge from Ghanzi by vehicle is then 22km on gravel road or alternatively, we offer a collection service from Ghanzi or Maun. If you would prefer to fly, there is an international airport in Maun, which receives direct flights from Johannesburg, Cape Town and Gaborone. It is a three hour drive from Maun to Kanana Wilderness, or a 45 minute hop from Maun to the Kanana Wilderness airstrip, which is located on the reserve. Visit www.kanana.info for deatailed directions. 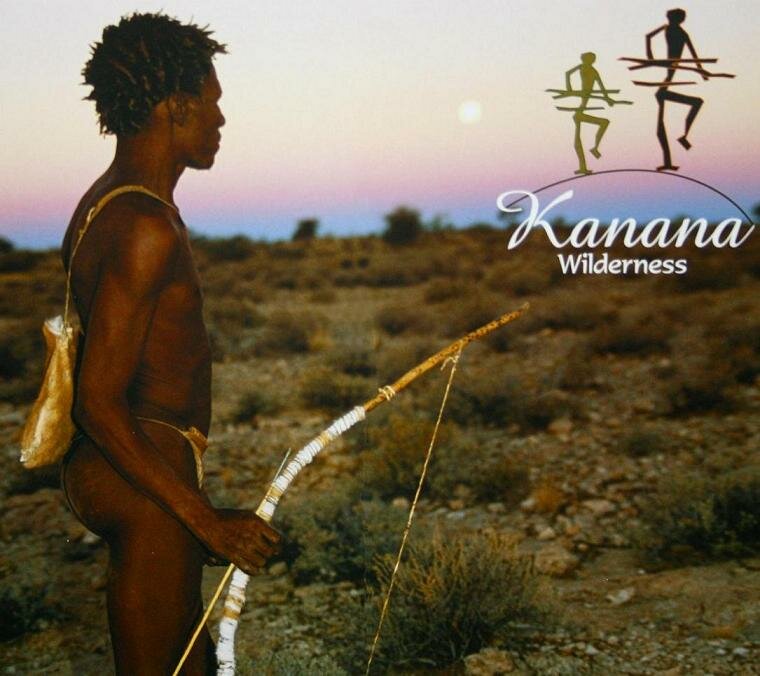 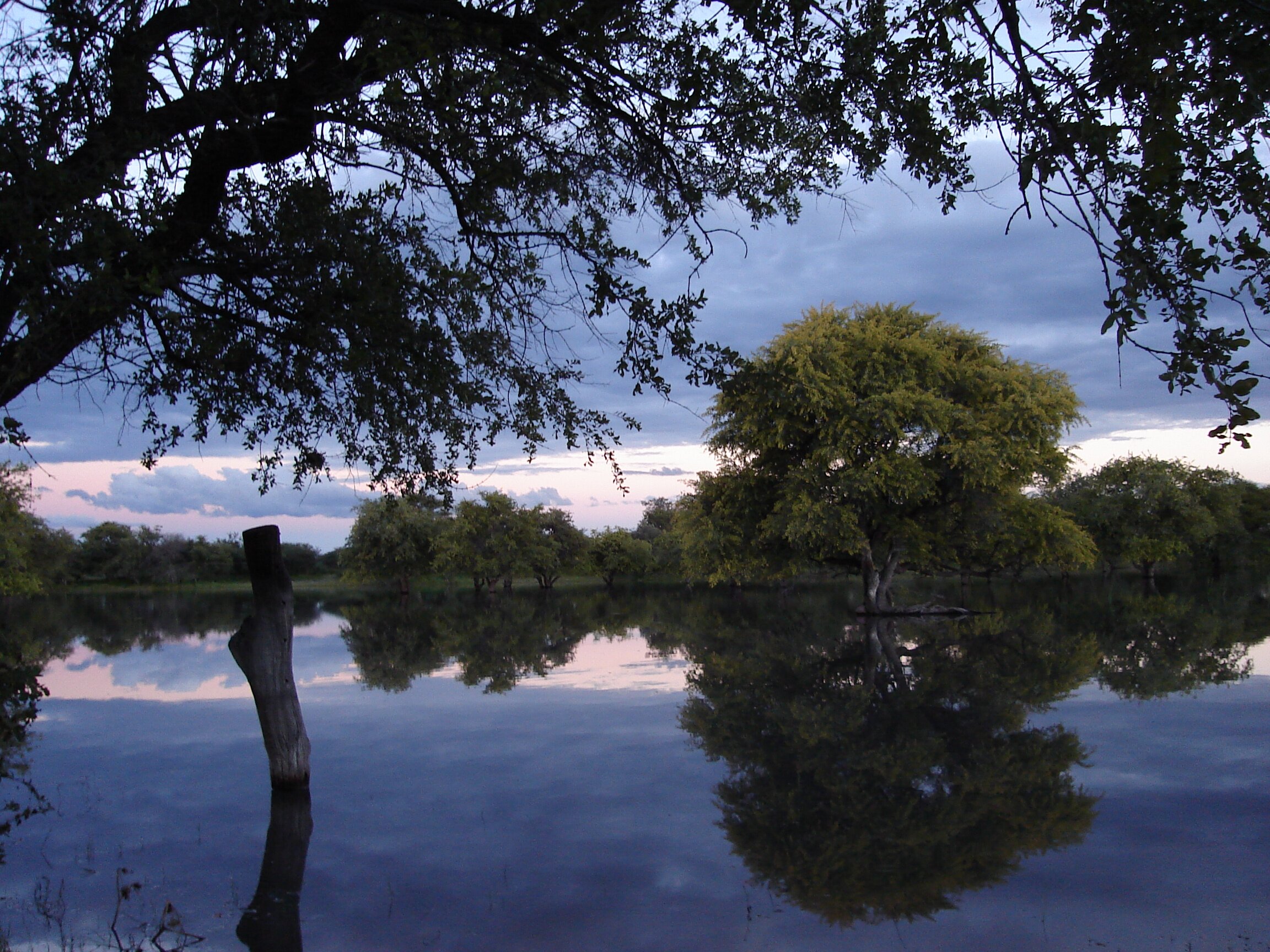 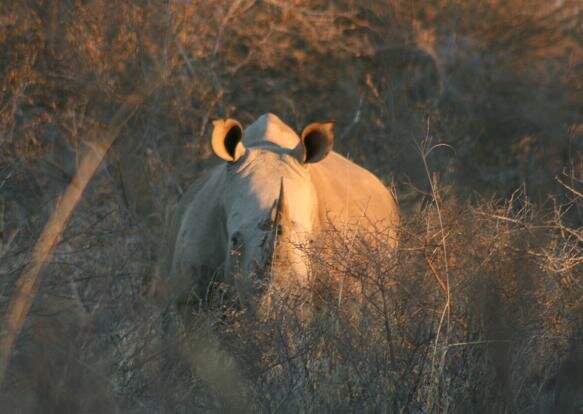 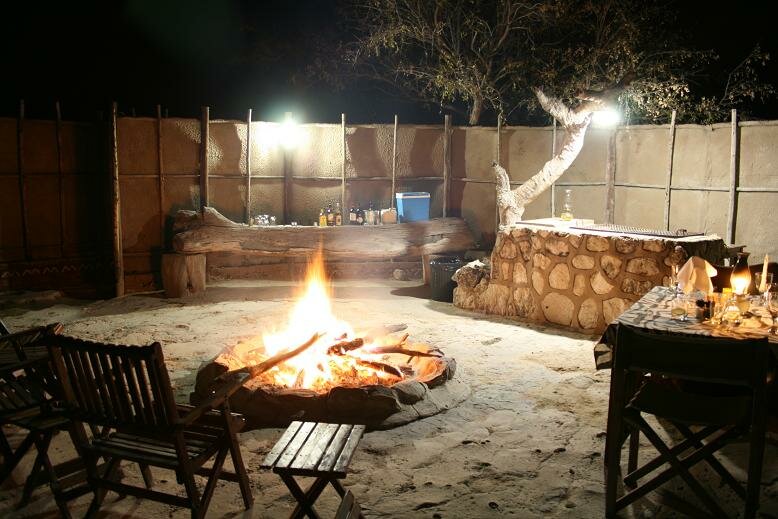 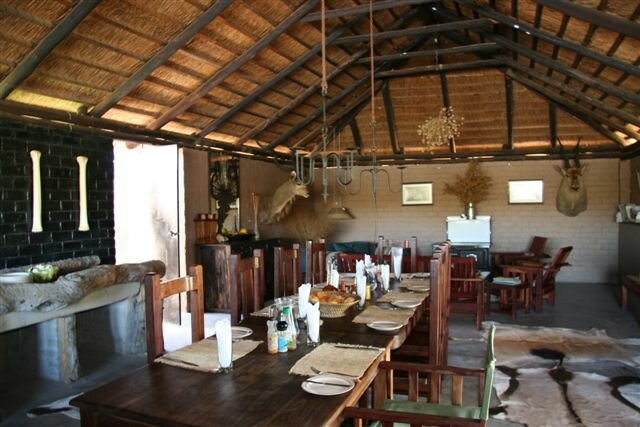 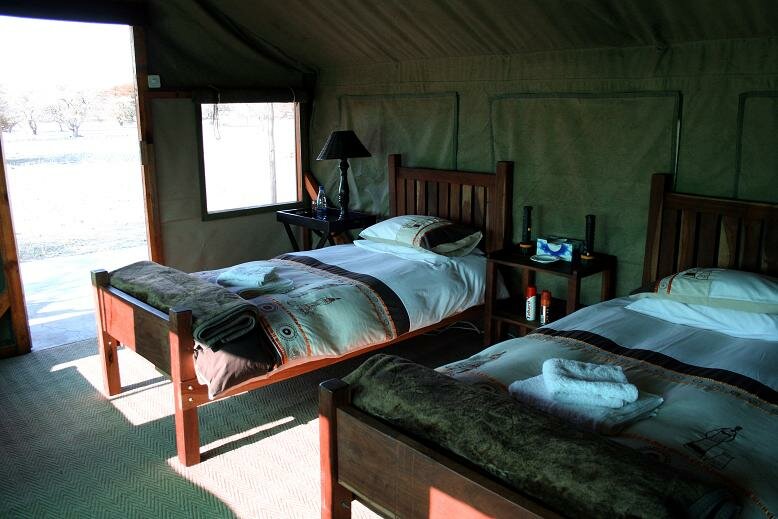